Rimini Street, Inc. (RMNI) - The Trial in the District of Nevada is Currently Scheduled to Commence on November 29, 2022.

This Bench Trial will be limited to Oracle’s claims for Equitable Relief (including Injunctive Relief) and should last between 2 and 3 weeks.  It was indicated that the Parties will have approximately 25 hours per-side to present witnesses and evidence.  It was also stated that no Opening Statements nor Closing Arguments will be presented (as the Court indicated that it is familiar with the issues and prefers an extensive Post-Trial briefing instead).

Note that the Trial will follow the schedule below:

While this Trial will be in Las Vegas, Nevada (Courtroom 4B), it currently appears that the Court will be providing an access phone number to potentially listen to this upcoming Bench Trial remotely.  We currently plan on listening to this Trial live and providing any relevant updates.  Note that the access information was issued in a “minute-entry” entered on August 19, 2022 (prior to this Trial being converted to a Bench Trial and prior to a rescheduling).  The call-in number can be found below:

“… Mr. Thomas asks if the Court will allow live audio feed from the trial to allow those not attending to listen in. He advises that experts not physically present for testimony of other experts and executives of the companies will want to listen to the proceedings. The Court will open a telephone line to allow a phone line to be opened. If there are technical difficulties, the telephone line will be terminated. The telephone number to call is 1-888-251-2909. Code 3803398 and daily pass code will be 18341. Persons granted remote access to proceedings are reminded of the general prohibition against photographing, recording, and rebroadcasting of court proceedings. Violation of these prohibitions may result in sanctions, including removal of court issued media credentials, restricted entry to future hearings, denial of entry to future hearings, or any other sanctions deemed necessary by the Court.” (Emphasis added).

As a quick background on this situation, this Case is referred to as the "Rimini 2" Case.  Both Copyright Infringement Cases ("Rimini 1" and "Rimini 2") concern Rimini's unauthorized copying of Oracle's enterprise software into and from development environments that Rimini uses to provide competitive support services to Licensees of Oracle's enterprise software. A Jury Verdict in "Rimini 1" on 10/13/2015 found Rimini liable. The Final Judgment in "Rimini 1" on 10/18/2016 ordered Rimini Street and its founder (Seth Ravin) to pay Oracle $78,064,033 plus Post-Judgment Interest and Attorney Fees and Costs. (Note that a portion of the Damages in this Judgment was later reduced by the 9th Circuit, because it ruled that Rimini did not violate the CDAFA or the NCCL computer abuse Statutes.) The District Court also issued a Permanent Injunction (D.E. 1166). Then on 1/12/2022, District Judge Larry R. Hicks found Rimini Street in Contempt of this Injunction in the "Rimini 1" Case; however, he did not adjudicate whether Rimini's new "Process 2.0" also violates Oracle's Copyrights and Oracle's Licensing Agreements with its customers. This is what will be decided in the "Rimini 2" Case, and it seems to have the potential for Rimini Street (RMNI) to have to abandon servicing Oracle software.  On April 18, 2022, the "Rimini 2" Case was assigned to Chief Judge Miranda Du in the District of Nevada with District Judge Hicks retaining the "Rimini 1" Case, where his Contempt finding is now on Appeal to the Ninth Circuit.

This "Rimini 2" Case was originally scheduled to be held as a Jury Trial to first address Oracle’s Claim for Damages (Oracle sought approximately $1.1 billion), with a subsequent Bench Trial on its Claims for Equitable Relief.  However, on October 10, 2022, Oracle filed a Stipulation in which it indicated that it was willing to drop its Claim for Damages and instead proceed solely with a Bench Trial for its claims for Equitable Relief (including Injunctive Relief).

"Oracle’s goal for this trial is to demonstrate that Rimini Street, and its CEO Seth Ravin, are engaged in continuing violations of Oracle’s copyrights and other violations of law and to obtain relief that will permanently put an end to this illegal conduct.  Oracle also recognizes the burden that a lengthy jury trial will impose on the Court.  Eliminating issues surrounding the quantification of financial harm would shorten the bench trial and eliminate the need for or right to a jury.  In a bench trial, moreover, there may be additional streamlining, including because there would no longer be any issue of how to present the extensive prior rulings of the Court to a jury, the Court would not need to resolve disputes over jury instructions, and there presumably would be fewer objections and conferences at trial without the need to protect the jury from prejudice." (Emphasis added). 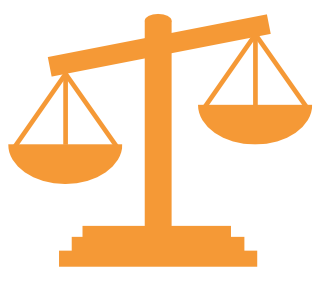